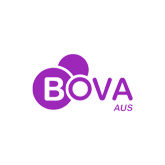 The aim of this study was to evaluate the agreement between basal serum insulin concentrations (BIC), the oral sugar test (OST), the combined glucose-insulin test (CGIT), and the frequently sampled insulin-modified intravenous glucose tolerance test (FSIGTT).

Twelve healthy, light-breed horses were used for this study, this was a randomized, prospective study. Each of the above tests was performed on 12 horses.

For the results, minimal model analysis of the FSIGTT was considered the reference standard and classified 7 horses as insulin resistant (IR) and 5 as insulin sensitive (IS). In contrast, BIC and OST assessment using conventional cut-off values classified all horses as IS. Kappa coefficients, measuring agreement among BIC, OST, CGIT, and FSIGTT were poor to fair. Sensitivity of the CGIT (positive phase duration of the glucose curve >45 minutes) was 85.7% and specificity was 40%, whereas CGIT ([insulin]45 >100 μIU/mL) sensitivity and specificity were 28.5% and 100%, respectively. Area under the glucose curve (AUCg0-120) was significantly correlated among the OST, CGIT, and FSIGTT, but Bland–Altman method and Lin's concordance coefficient showed a lack of agreement.

In conclusion current criteria for diagnosis of insulin resistance using BIC and the OST are highly specific but lack sensitivity. The CGIT displayed better sensitivity and specificity, but modifications may be necessary to improve agreement with minimal model analysis.

Click here to be directed to the full study in the Journal of Veterinary Internal Medicine.